Commencing his career with the short film Six Men Getting Sick (Six Times) in 1967, followed by Absurd Encounter with Fear and Fictitious Anacin Commercial in the same year, David Lynch released his first feature film in 1977, Eraserhead. He was the director, writer, producer, editor, composer, art director, and head of special effects for Eraserhead, earning positive reviews for the cultural, historical, and aesthetical significance of the film.

Lynch directed ten movies from 1977 to 2006, writing all but The Straight Story (1999). Throughout his career in film, Lynch has been praised for his unique form of artistic filmmaking that often deviates from the established structure adhered to by filmmakers of the time. Like many movies that have themes and plots that are off of the beaten track, Lynch accrued a cult-following for his cinematic creations.

David Lynch has also found success in television as a director, writer, and producer. His first exploit into the medium of television has had a long-standing impact on its viewers, with the 1990 and 1991 series of Twin Peaks recently being continued with a third series. The series also spawned a movie in 1992, Twin Peaks: Fire Walk with Me. It’s the creation of the Twin Peaks universe which has earned David Lynch much of his stardom among the masses, with many of his movies appealing to a much more artistic crowd of movie-goers as opposed to the general, pop-culture-driven public.

Despite not making a huge line of movies, those that Lynch has created all boast his signature methods in one way or another, often earning swells of praise from reviewers. Here are some of his greatest creations to date: 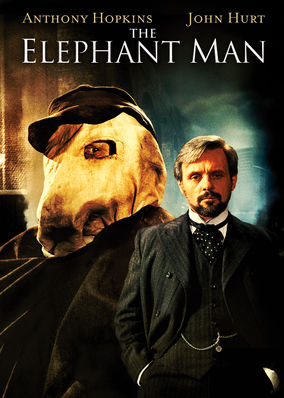 David Lynch’s second feature film was a commercial and critical success. Based on the story of Joseph Merrick, dubbed the ‘Elephant Man’ due to his severe facial and bodily deformities, Lynch’s film is an adaptation of the books The Elephant Man and Other Reminiscences by Frederick Treves as well as Ashley Montagu’s The Elephant Man: A Study in Human Dignity. It tells the story of an intelligent and friendly man, known as John Merrick in the movie, who is treated like an imbecile by the ringmaster of the Victorian freak show that owns him due to his deformities, but he finds friendship in Dr Frederick Tareves.

Starring John Hurt as John Merrick and Anthony Hopkins as Frederick Treves, The Elephant Man was nominated for eight Academy Awards, seven British Academy Film Awards, and three Golden Globe Awards among others. With so much appraisal from the film industry, Lynch’s second feature film came away with a Cesar Award for Best Foreign Film, Best Cinematography from the British Society of Cinematographers Awards, the Grand Prix from the Belgian Film Critics Association, and awards for Best Film, Best Actor, and Best Production Design from the British Academy Film Awards. The film still boasts a massive 91 per cent score on Rotten Tomatoes, as well as a 93 per cent audience score. 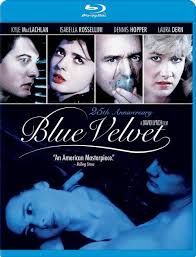 Considered by some to be the epitome of David Lynch filmmaking, Blue Velvet blends psychological horror into a neo-noir mystery movie, starring Inland Empire lead Laura Dern as well as Isabella Rossellini, Kyle MacLachlan, and Dennis Hopper. Blue Velvet presents many themes that some may deem to be too dark for cinema, with it delving underneath the cheery appearance of suburban America to unveil the perversion, corruption, and sadomasochistic violence therein.

The film received mixed reviews upon release but earned Lynch his second nomination for Best Director at the Academy Awards – a feat that only took him four films to reach. However, upon review in an era since the film’s release, Blue Velvet is used as a grand example of thematic symbolism at an academic level. Critics still rave about Blue Velvet and its representation of its period, with the movie boasting a 94 per cent rating on Rotten Tomatoes, as well as an 88 per cent for audience score. 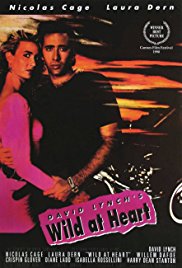 David Lynch continued with his passion for neo-noir in the creation of Wild at Heart, which moved from the darkness of Blue Velvet to more of a black comedy piece. Using the novel Wild at Heart – written by Barry Gifford and released in 1989 – as his inspiration, the movie is based on a young couple who must go on the run from gangsters hired by the woman’s mother. The movie features Inland Empire actors Laura Dern and Harry Dean Stanton, Blue Velvet’s Isabella Rossellini, and it also stars Nicolas Cage, Diane Ladd, and Willem Dafoe.

As was the case with Blue Velvet, Wild at Heart received mixed reviews out of the gate, but down the line, it became much more favoured by movie reviewers. With a 66 per cent on Rotten Tomatoes and an 81 per cent audience score, Wild at Heart isn’t one of Lynch’s most well-received films critically, but it claimed the Palme d’Or at the Cannes Film Festival in 1990 and ranks as one of the highest grossing recipients of the prestigious award. 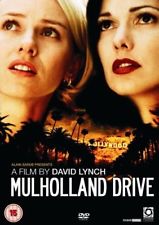 The penultimate project in David Lynch’s feature film quiver sees him return to writing with another neo-noir mystery movie after solely being the director for The Straight Story in 1999. Starring Inland Empire’s Justin Theroux as well as Naomi Watts, Laura Elena Harring, Robert Foster, and Ann Miller, Mulholland Drive is chopped up into fragments, following the stories of many characters across the labyrinth of the overall plot. While still unconventional and lightly tested at the time, the fragmented structure didn’t put off audiences and earned critical and general audience acclaim.

Mulholland Drive brought David Lynch his third Academy Award nomination for Best Director: an award which he won at the Cannes Film Festival, Chicago Film Critics Awards, Los Angeles Film Critics Association awards, and Online Film Critics Society. Naomi Watts put in a stellar performance in her role as Betty/Diane, winning three Best Actress awards and a Best Breakthrough Performance award. Still considered to be one of the greatest films of the century, Mulholland Drive holds an 83 per cent rating on Rotten Tomatoes with an 87 per cent audience score. In the 1980s, David Lynch and Mark Frost teamed up to create what would become the television series Twin Peaks, which premiered in 1990 on ABC. The story tracks the investigation of an FBI agent trying to reveal the truth behind the murder of the homecoming queen and is set in the fictitious town of Twin Peaks. With its unique fitting as a mystery, drama, and horror series all in one, boasting Lynch’s unique style of cinematography that perfectly fits these genres, Twin Peaks became an iconic series of the time. After season two, it was cancelled, with many seeing a slip in standards and actors citing reduced involvement from the creators, but it managed to maintain a strong cult following and a decent reception among critics.

In 1992, David Lynch expanded the Twin Peaks universe further by releasing his sixth feature film, Twin Peaks: Fire Walk with Me. As the director and executive producer, Lynch co-wrote the Twin Peaks movie with Robert Engels to create a prequel to his television series. Mark Frost was only involved in the movie as an executive producer. Also following a murder in Twin Peaks, Fire Walk with Me was not well-received in the USA, for the most part, but on second glance, some reviewers in the decades since its release have been more favourable in their ratings.

That appeared to be the end of David Lynch and his ventures into the dark world of Twin Peaks that he and Mark Frost had created. But, 25 years on, the third season of Twin Peaks was released on Showtime. The 2017 series took many years to write, with Frost and Lynch reunited in their fictitious town decades after the last Twin Peaks stories hit the screen. The new series follows the original star of the first series, Kyle MacLachlan, 25 years after the original storyline. Twin Peaks: The Return, as it is titled, was directed by David Lynch, follows multiple storylines across multiple locations, from the created town of Twin Peaks to the likes of Las Vegas and New Mexico. The show's revival appeased the fans of the original series and appealed to a new audience with its novel structure, intriguing story, and strong acting. Rotten Tomatoes aggregated its review score to 94 per cent.

Starting with some short films in 1967, David Lynch has grown to become one of the most iconic American directors of his era, never looking to abide by the popular trends of modern cinema or television.