This film is not for the general, popular culture-driven movie-going public; in fact, it is probably better suited to those who wish to see such a crowd grow increasingly uncomfortable throughout the course of a three-hour film while you enjoy the artistry of David Lynch’s filmmaking and the grandeur of Laura Dern’s performance.

Inland Empire (2006) took over two years to film, with the script being written simultaneously. Yet, it is this rather unconventional method of modern filmmaking which perfectly suits a movie that could possibly be exploring the inner psyche of the director David Lynch. Some deem it to be too confusing, perplexing, and devoid of true narrative for it to be an entertaining movie, but it’s within the many wormholes of the movie that the narrative of the protagonist’s unravelling is truly portrayed.

Shot entirely by a low-resolution digital camcorder in the hand of David Lynch, with the score and editing also being Lynch’s work, Inland Empire appears to go as far as it can to make its audience uncomfortable with long stretches of dialogue shot mere inches from each actor’s face. The eerie music, dim lighting, and digital video combine to create an unnerving atmosphere that puts the viewer in the mind of Laura Dern’s character while she reaches the inner sanctums of madness through a series of bizarre occurrences across the many levels and lines of the movie.

Inland Empire features good performances from many recognisable actors, including Justin Theroux and Harry Dean Stanton, with that of Laura Dern earning her an ocean of appraisal, and rightly so. Dern isn’t afraid to fully commit herself to the madness that’s unfolding within the character (Nikki/Sue) as well as delve into the very necessary ugly side of acting with some ghastly facial expressions that capture the impetus of the scene at hand. Dern’s performance is utterly captivating while Jeremy Irons (Kingsley) also deserves credit for his more appealing and conventional role in the movie.

The primary plot of Inland Empire centres around Nikki (Dern) earning the leading role as the character of Sue in the film On High in Blue Tomorrows, which follows one of the predictions of an old woman, and Nikki’s experience of making the movie. Arriving on the part-built set early with her co-star Devon (Theroux), the two are met by the director Kingsley Stewart (Irons) and Freddie Howard (Stanton) who ask their leads to run lines. After giving an early glimpse of the acting prowess that Dern is to deliver later in the film, a strange noise forces Devon to leave his seat and investigate the set, ultimately not finding anything abnormal. It is then that Kingsley decides to divulge the origins of the script.

To Devon’s dismay, the script is not an original piece, but, it also doesn’t belong to a film in existence. The script comes from an old German movie entitled 47 which was said to be a cursed Polish gipsy folktale: cursed because the two leads were murdered, causing production to be abandoned. It is at this point that the film jumps over to Nikki speaking to wealthy, older Polish people. During this sequence, the Polish people ask Nikki a question in their native tongue and appear disgruntled when she replies that she does not understand the language. It is from here that more of the old woman’s predictions come true, with Nikki immersing herself in the character of Sue, losing track of reality.

The other recurring storylines that at first appear to be random and unconnected begin to intertwine with the primary plot, with the ambiguity leaving the viewer to interpret the film and its layout in whatever way that they see fit. The movie is less about appeasing the audience and more about forcing them to question the realities that they find themselves witnessing.

Inland Empire is, simply put, an ugly film that delves deeper into the realms of discomfort than many movie-goers would like. Not only is it very long at just under three hours, but many scenes hold the focus in uncomfortably close proximity to the target, with dialogue that can come off as misplaced or overstretched; but, it is within the unsightly aesthetics of digital video, the seemingly random nature of the various storylines, and the often confusing unravelling of Nikki/Sue’s arc, that David Lynch uses the art of filmmaking to convey his story of a woman in trouble – per the tagline – through more than just a straightforward narrative. Instead, Lynch uses every element of the medium to reach its very extremities, creating an intriguing spectacle with a satisfying ending, even if one doesn’t quite know why. 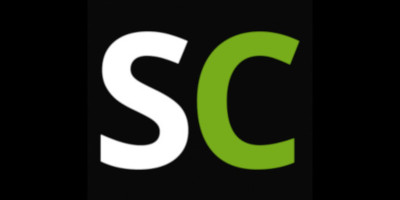